Miart, the international modern and contemporary art fair taking place in Milan, has just come to the end of its rich 2022 edition. After only six months from the last edition which, having been postponed due to the pandemic, took place in September 2021, the fair welcomed 151 art galleries from 21 countries. 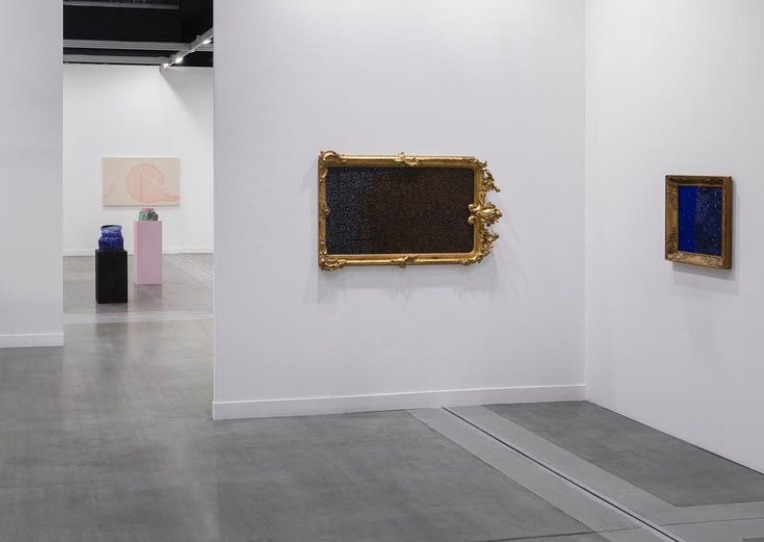 Participating galleries have been divided into three sections, namely 'Established', 'Decades' and 'Emergent'.

'Established' is the main section of the fair and hosts galleries that present contemporary art as well as masters of modern art. 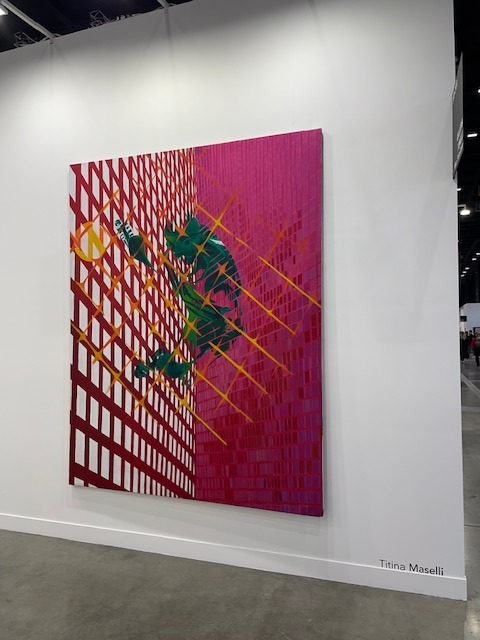 The 120 galleries belonging to the section exhibited a wide heterogeneity of artists and media, even if there was a marked prevalence of paintings. Among the most forceful booths, we recall the Galleria Massimo Minini & Francesca Minini one, featuring, among others, Flavio Favelli’s work; Studio Sales, including works by Diego Miguel Mirabella and Galleria Tonelli, featuring a stunning work by Titina Maselli (discover our previous exhibition, in collaboration with Withers law firm, on Titina Maselli here). 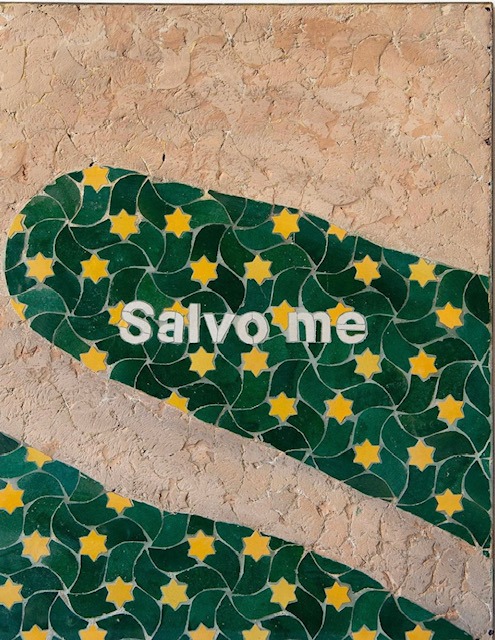 Clearing, exhibiting works by Calvin Marcus and Daniel Dewar & Gregory Gicquel, distinguished itself for its attention to detail, both in the practice of Marcus and in the setting of the booth itself, while the giant Galleria Continua for the enchantment of the immersive tryptic by Giovanni Ozzola and a sublime sculpture by Loris Cecchini. 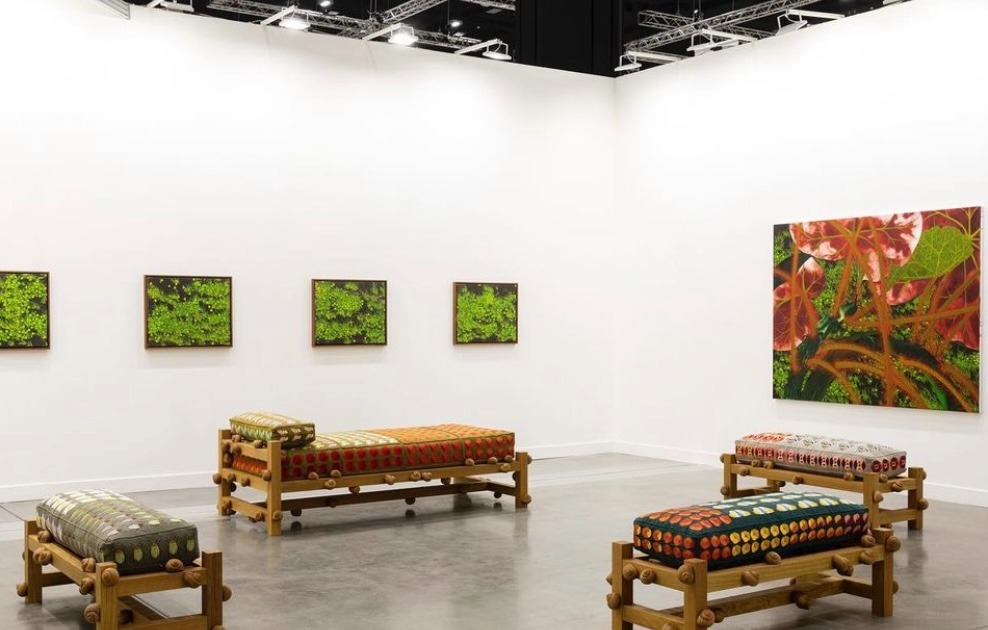 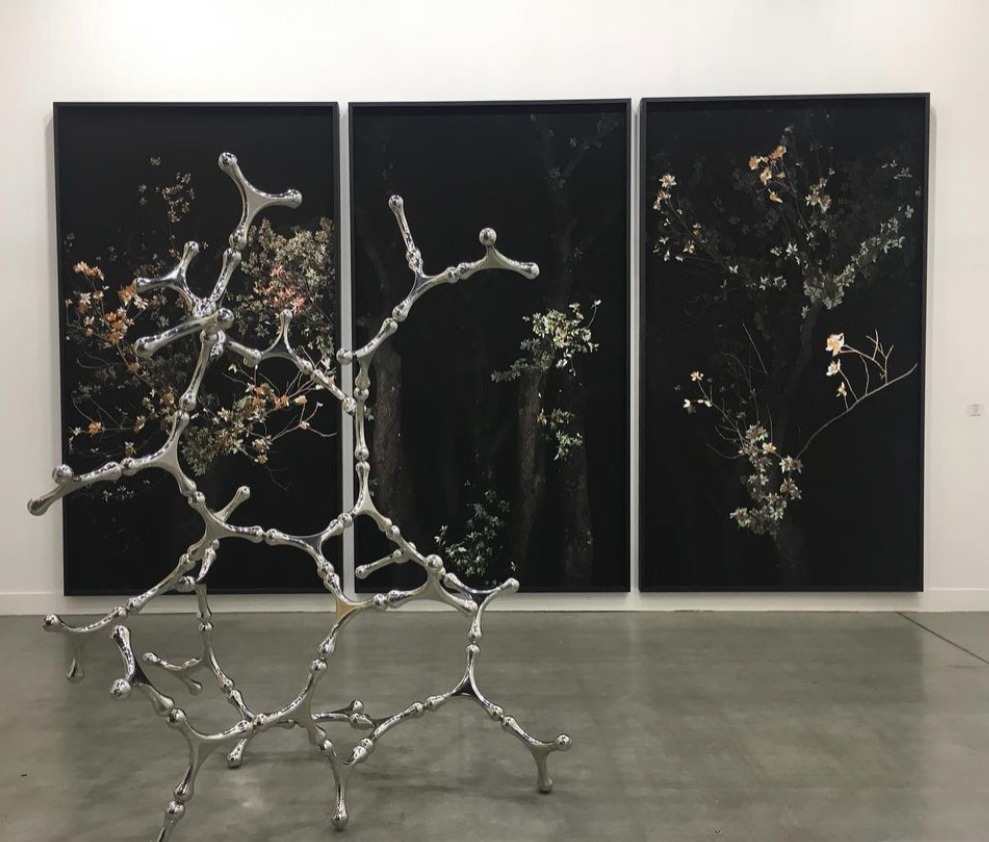 'Decades', curated by Alberto Salvadori, explores instead the history of the 20th century, divided by decades: each of the ten booths belonging to the section, through a monographic or thematic exhibition, presents a key moment of the period in question, in a succession of projects dating from the 1910s to the 2010s. 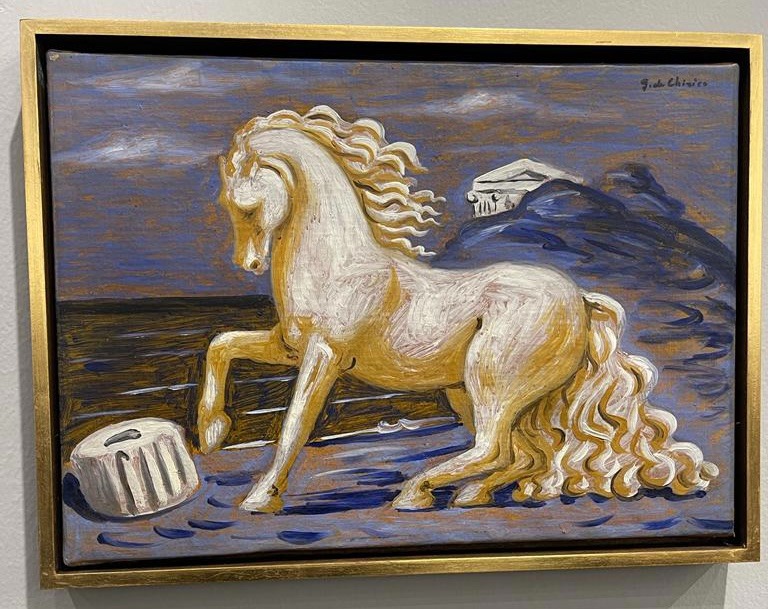 Particularly powerful in the section is the proposal of Artemisia Fine Art for the 1940s, with an impressive solo show of Giorgio de Chirico’s work, Franco Noero’s project for the 70s, with an elegant booth entirely dedicated to Robert Mapplethorpe, and the solo show of Mario Airò for the 2000s at Vistamare booth. 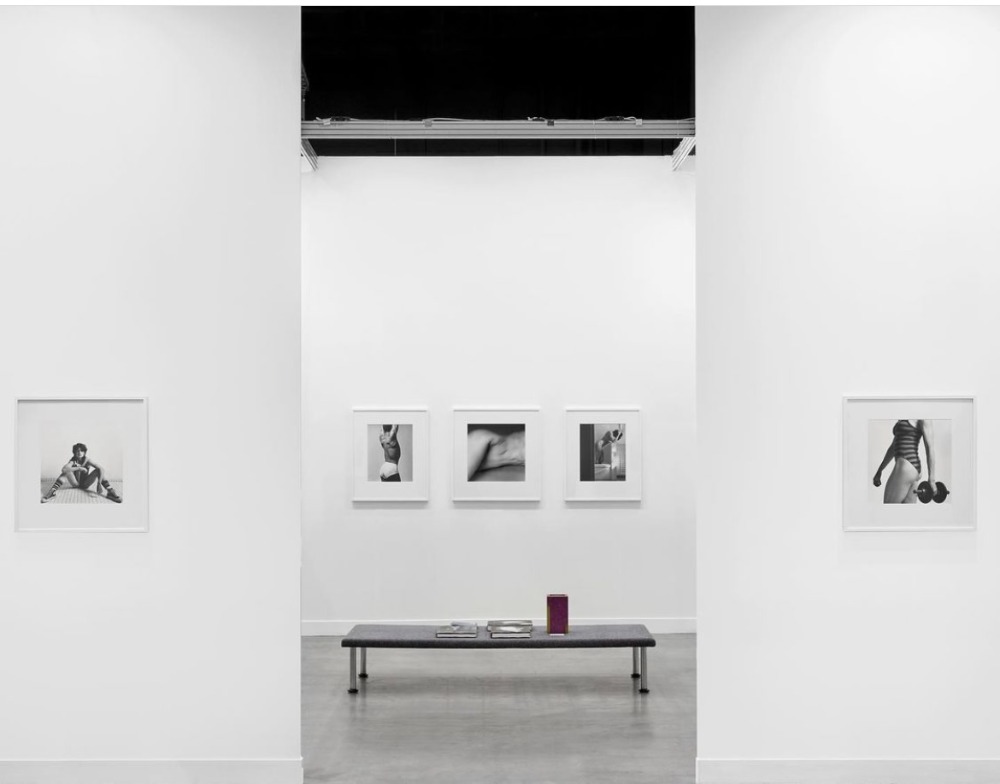 Lastly, the 'Emergent' section, curated by Attilia Fattori Franchini and dedicated to galleries that focus on the artists’ latest generations, has been for the first time particularly valorised by the exhibition path, being placed at the entrance of the fair. The section was highly international, featuring 21 international galleries from 11 countries, and exhibited the work by artists working through different media. 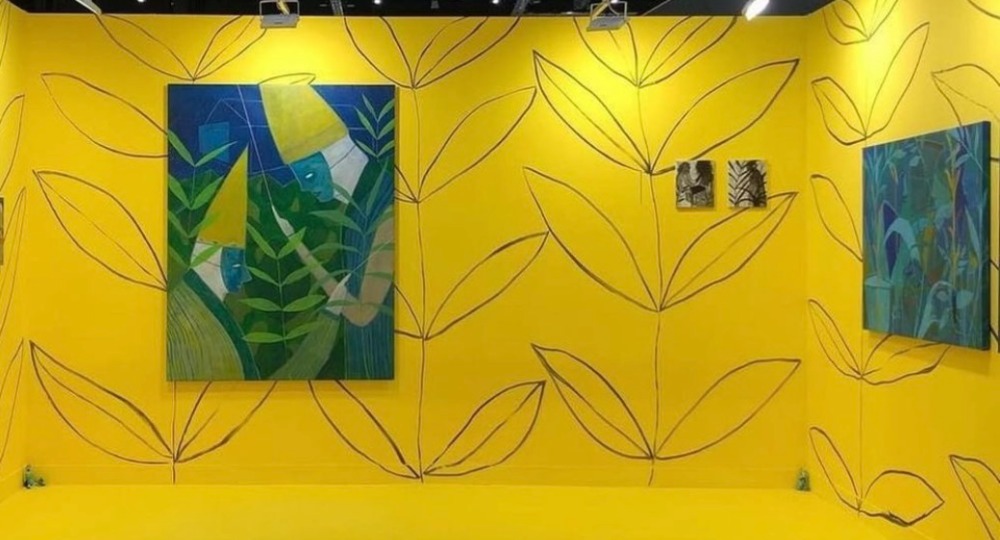 Focusing on paintings, the UNA gallery’s booth, entirely dedicated to artist Thomas Berra, stands out for its powerful colours and artist’s inner world, while focusing on mixed media we highlight the Gilda Lavia’s booth, for the elegance of Pamela Diamante’s works and her distinctive research. 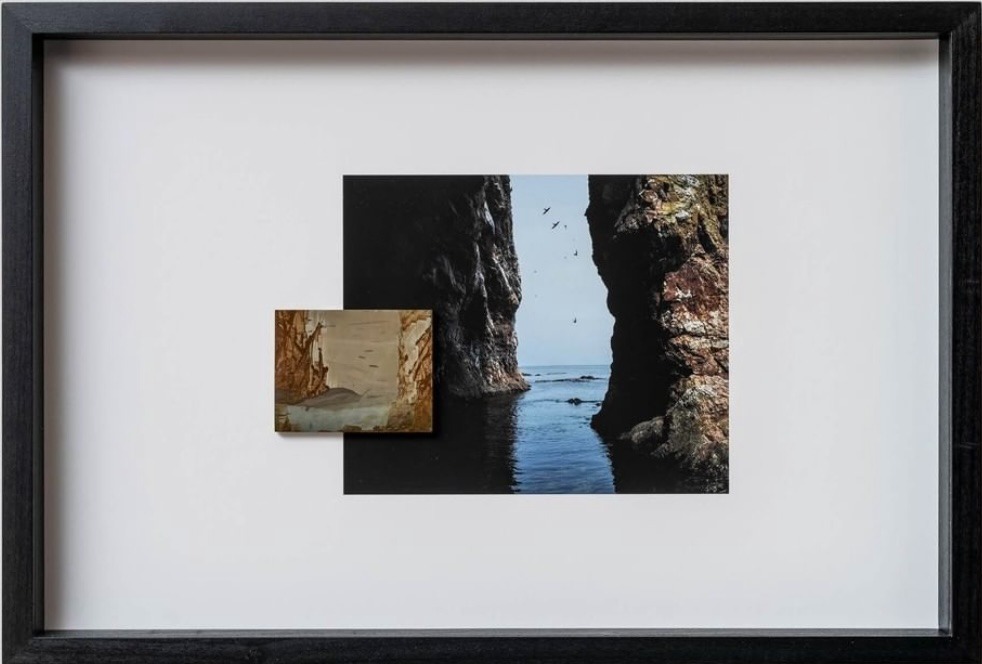 In general, the fair put in light a general trend of return to figurative art, through different media, with a clear prevalence of paintings. It is also possible to identify a general interest toward the theme of nature, explored through a wide heterogeneity of research and practices, and the relationship between human beings and the surrounding environment. Sculptures were marginally present at the fair, even if it was possible to notice attention towards ceramic as a material, as seen in Chiara Camoni’s work (SpazioA), Riccardo Previdi’s vases (Massimo Minini & Francesca Minini) and Salvatore Arancio’s sculpture (Schiavo and Zoppelli gallery). 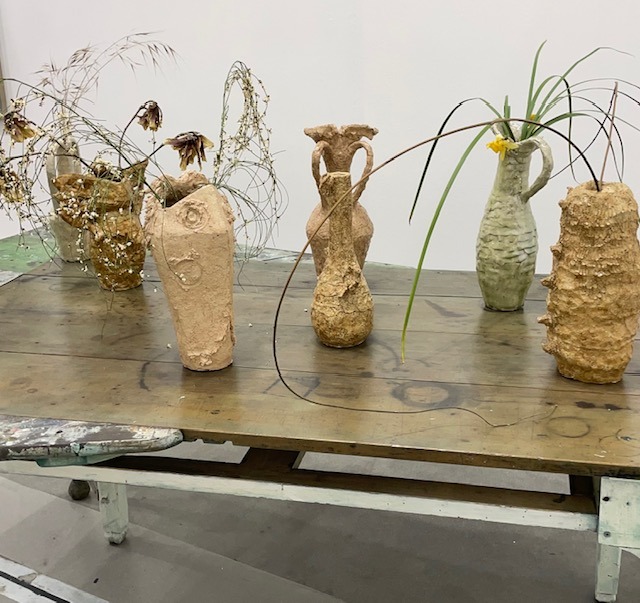 Chiara Camoni at Spazio A

The fair, despite the high quality of the proposal and the excellent heterogeneity of artists, presents itself as conservative and with an attentive eye to traditional collectors. In the age of digital and in the year of the explosion of NFTs, we found weird the total absence of this medium at the fair. While we don’t know if this is a result of the artistic director Nicola Ricciardi’s directives, or purely a galleries’ choice, we found instead notable digital projects in the art week events taking place around the fair.

Casa degli Artisti & That’s Contemporary, proposed instead “Forever”, the first NFT by Patrick Tuttofuoco. The project, produced by Unframed-721 under the artistic direction of Giulia Restifo, Martina Grendene and Jessica Tanghetti, represents a reflection on the experience of time emphasised by the artist thanks to the use of a digital medium. 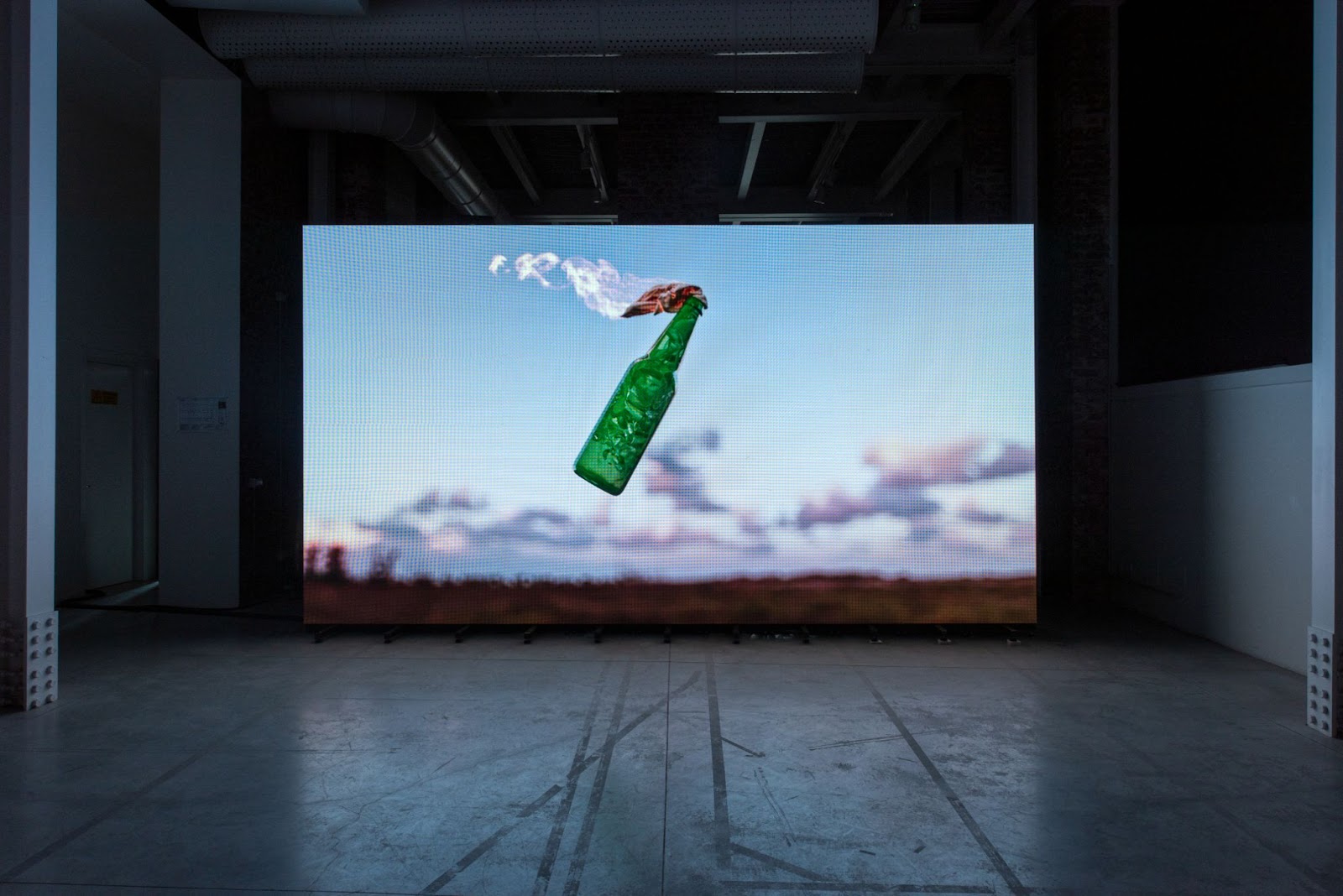 After the darkness and uncertainty of the last couple of years, the latest edition of miart and the surrounding art week put a light on Milan as a reference point for art, as it used to be before the pandemic. Although the challenges related to partial social restrictions and mobility limitations, the internationality of the fair and the significance of its proposal, balanced also by the surrounding events, states the cultural strength of this city and its fertile ground for disseminating seeds in all the art perspectives, making us hope that art will play a key role in the post-pandemic recovery, both for its cultural and economic strength.

To mark the launch of their latest fractional ownership project, LTArt held a private event at international law firm Withersworldwide in Milan.

Read more
Fractional NFTs: Who, What, How?

NFT expert, Cameron Stubbs, asks whether NFT fractionalisation is anchored in the future of art collection.