Lost in a Daydream: An Introduction to Marc Chagall

Belorussian-born French artist Marc Chagall has become easily recognisable for his poetic, dreamlike artworks. He was known to be elusive, going against the current of 20th-century art. While many of his contemporaries experimented with abstraction, Chagall was loyal to figurative art, though he took much inspiration from fauvism and cubism. In this article, we dive into Chagall’s history and 75-year-long career, which amounted to an astounding 10,000 artworks, including lithographs, etchings, sculptures, ceramics, mosaics and tapestries.

“May hands were too soft… I had to find some special occupation, some kind of work that would not force me to turn away from the sky and stars, that would allow me to discover the meaning of life” (as quoted in The Art Story).

Chagall notoriously referred to himself as “a dreamer who never woke up” (as quoted in ‘The Elusive Marc Chagall’). His imagery of blue cows, green-faced fiddlers, flying lovers and much more are instantly recognisable, and many experts have tried to decode these mystical symbols; yet, no one has ever managed to reach a consensus as to their meaning. They seem to have been pulled out of one of Chagall’s own dreams, and most likely, he himself was never certain of their meaning. That, in my opinion, is what makes Chagall even more intriguing and compelling.

However, to portray him simply as a whimsical artist who would lose himself to daydreams would be far from doing him justice, as Chagall was not immune to the human struggle. He even claimed that he was “born dead” in Vitebsk, Belarus, in 1887, as his parents had to plunge him in a trough of cold water to revive him at birth. Following this quite dramatic introduction to life, Chagall was known to have stuttered and suffered regular fainting episodes as a boy. This helps us to answer a few questions about his preferred subject matter, as he once told Virginia Haggard McNeil, his companion for seven years and mother of his son, David McNeil, that he had a fear of growing up, preferring, even in his twenties, to dream about love and paint it in his pictures. 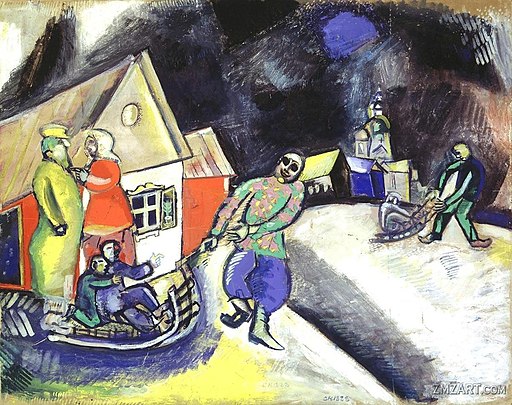 Chagall’s family was poor and numerous, and he was always expected to help support them. Both of his parents adhered to Hasidic Judaism, which forbids the graphic representation of anything created by God. Despite the fact that he grew up in an image-less surrounding, Chagall had a passion for art and begged his mother to enter him in a local art school. Distancing himself from Vitebsk as a teenager, Chagall then enrolled in the drawing school of the Imperial Society for the Protection of Fine Arts in St. Petersburg. The classical training offered at the school did not entice him, however, and after hearing the names of such artists as Matisse, Cézanne and Manet, Paris was within his sights.

By 1911, aged 24, Chagall had moved from Russia to Paris to pursue his art passion. There, he lived frugally, even painting in the nude to avoid staining his outfits. He befriended many of the Parisian artist community at the time, including Robert Delauney, Amedeo Modigliani and Fernand Léger. He was influenced by many of the movements at the time, such as Cubism and Fauvism, but he always stayed true to his own voice and aesthetic preferences.

“Chagall absorbed Cubism, Fauvism, Surrealism, Expressionism and other modern art trends incredibly fast when he was starting out. But he used them only to suit his own aesthetic purposes. That makes it hard for art critics and historians to label him. He can’t be pigeonholed.” (veteran art critic Pierre Schneider, as quoted in ‘The Elusive Marc Chagall’)

In 1914, Chagall headed back to Vitebsk. His intention was to only stay a short amount of time, but he quickly became trapped by the outbreak of World War One. This, however, gave him the opportunity to spend more time with his fiancée, Bella Rosenfeld, the promising daughter of one of the town’s wealthiest families. He later supported the Bolshevik Revolution, in 1917, and was appointed commissar for art in Vitebsk, before moving to Moscow to paint panels for the State Jewish Chamber Theatre. 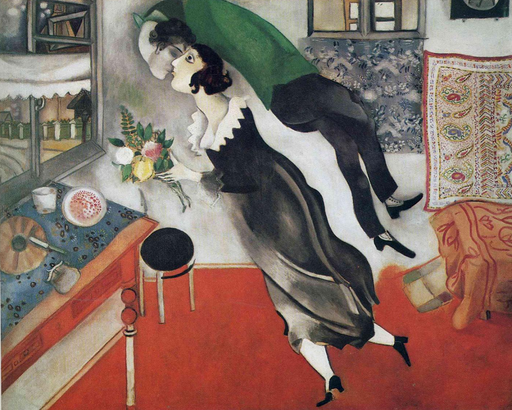 Marc Chagall, ‘The Birthday’, 1915 (featuring Bella just a few weeks before they wed)

Increasingly worried about the prosecution of Jews by the Nazis, Chagall made the decision to emigrate to New York City with his wife in 1941. Chagall would go on to spend six years in the United States, which are known to have not been his happiest. His palette turned darker and he never even possessed the desire to learn English. However, it was only when his muse, Bella, died of a viral infection in 1944 that, as he wrote, “everything turned black” (as quoted in ‘The Elusive Marc Chagall’).

Although Chagall did many important public projects while in the United States, including large murals for the Lincoln Center, he never quite warmed up to living there. He returned to France with his new wife, Virginia McNeil, in 1948. Virginia, however, ended up returning to America with their son in 1951. Chagall’s daughter, Ida, took it upon herself to find him a housekeeper, who ended up being a 40-year-old Russian living in London, named Valentina Brodsky. Chagall and Valentina were soon married and she became his second muse, starring in many of his paintings of this period. 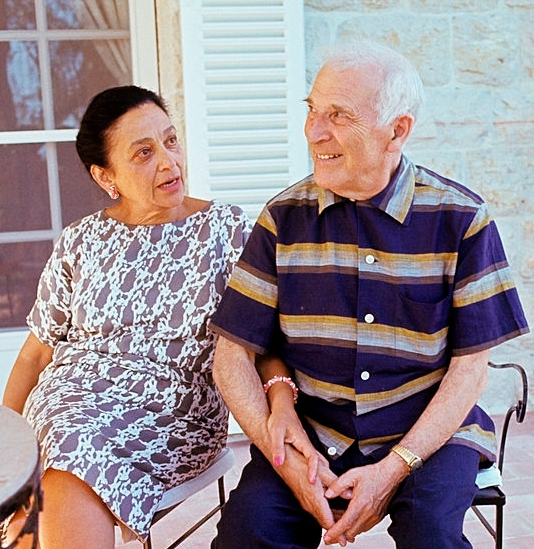 One of Chagall’s most famous works of the latter part of his career was the ceiling of the Paris Opera, which he painted in 1963. The magnificent work was hailed as “a great contribution to French culture” (as quoted in ‘Marc Chagall Biography’), despite some initial controversy around having a Russian Jew work on a French national monument. Once it was unveiled, all doubts were put to rest. 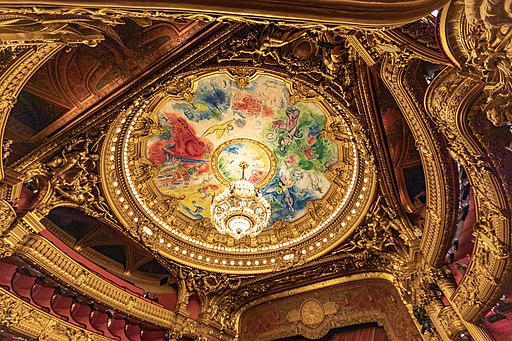 Chagall died in 1985, while he was still completing his last great project, a tapestry commissioned for the Chicago Institute of Rehabilitation. He is remembered as the “last master of European modernism” (‘Marc Chagall Biography’). His whimsical imagery is, perhaps, not to everyone's taste, but given the context of the world today, I’d rather think we could all benefit from getting lost in a daydream. Don’t you?

Would you like to co-own a Chagall? Stay tuned, as LTArt is soon to launch a new fractional ownership project by Marc Chagall.