HOW WILL BREXIT AFFECT THE ART MARKET?

As of January 1st, 2021, the UK has officially left the European Union, with both parties having finally managed to secure a deal just days before the deadline. But what implications does the new Trade Deal have on the art market? How will it affect the way the art world does business? Here are a few predictions we've explored.

As of January 1st, 2021, the UK has officially left the European Union, with both parties having finally managed to secure a deal just days before the deadline. But what implications does the new Trade Deal have on the art market? How will it affect the way the art world does business? Here are a few predictions we've explored. 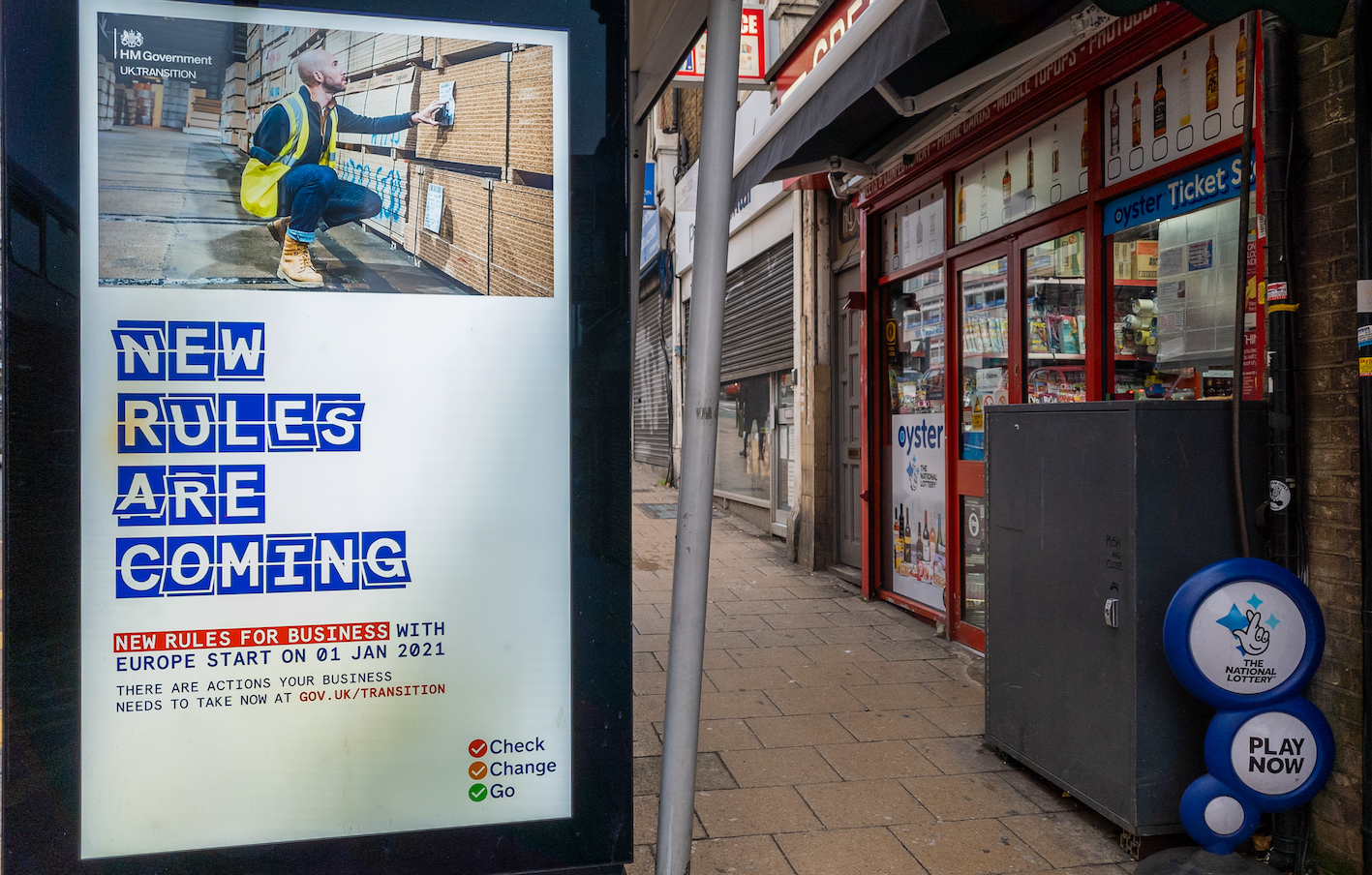 1. It will be more difficult to form international collaborations

International collaborations between museums across the world may become more difficult, affecting restitution, equity, and more obviously, the transportation of artworks. Additionally, itinerant exhibitions may be more expensive due to rising insurance costs. Museums, at least temporarily, may have to refocus their attention on their own collections, which could be both positive and negative.

The fact that transporting art across the border will involve much more paperwork doesn’t come as a surprise. Import duties will be added on goods coming to the UK from the EU, meaning that there will be pro-forma invoices, customs entries and commodity codes. However, the silver lining is that most companies already have the systems in place for shipping to the US or Switzerland to cope with this.

That said, there is also the issue of delays in shipping due to increased bureaucracy. As Joe Kennedy, Director of Unit London, says, ‘More customs red tape will mean it will take longer to get works to clients from the UK to the EU and vice versa, which may result in delays and could affect deals materialising’ (quoted in The Art Newspaper, ‘In a swift post-Brexit move, UK rejects EU’s strict import rules on cultural property’).

3. Interest in British art will drop (or will it?)

This is one theory we want to contradict. According to the British Council’s latest survey of young people in the G20, there is an increased likelihood of engagement with British arts and culture following the referendum.

This presents an exciting opportunity for the UK to engage more with other countries on a global level. It will need to seize the right opportunities and strengthen its cultural links and internal artistic talent to emphasise that it continues to be an open nation full of creative possibilities.

4. The UK’s competitive advantage will be lost

Up until Brexit, the UK was seen as a tax-efficient entry point for the import of artworks into Europe, as its value-added sales tax was much more competitive than the EU’s. The UK’s VAT for art businesses was only 5%, making it one of the lowest in Europe. Once imported into the UK, the artwork could then be taken to another European country for display in a museum or gallery before being brought back to the UK. Currently, in this scenario, the importer would only pay UK tax. No further tax would be applied, despite the artwork crossing over several European borders. However, with Brexit, it is unclear how this legislation will change. The fear is that importers will now need to pay taxes to European nations when the artwork crosses borders, and, given this, they may opt to go through other European nations instead of the UK, such as France, which also has a relatively low import tax rate.

Mid-sized galleries and dealers who sell regularly to buyers in Europe have been particularly affected and have looked to rapidly export their artworks to other European countries before Brexit. According to an article in the Business Standard, a specialist shipping company said that the volume of artworks it moved to the EU in December jumped 75% from the previous year.

That said, others believe that the UK could gain from its independence, as reported by Halo Financial. It will be allowed to initiate and negotiate its own art trade deals with other countries. In addition, contradicting above fears, some say the UK could actually have the opportunity to amend and lower its current VAT, in order to be more comparable to some of its other competitors, such as the US (0% VAT) and China (3% VAT).

5. Artist movement will be impacted

Previously, artists and cultural producers were simply able to jump on a plane to travel to the UK for longer periods. Now, they will need a visa, which will complicate things for artists hoping to come to the UK for residencies or education. It also may be more challenging to recruit staff from Europe and organise international exchanges.

According to a study by the Art Council, approximately 64% of cultural organisations currently work within the EU. As the graph above illustrates, 52% of organisations earned up to £39,999 from activity within the EU. Another study by the Arts Council also showed that the EU makes up 59% of all international activity in the English arts sector (British Council, ‘The Art of Brexit’). If we take into account the fact that the creative industries are the UK’s fastest growing sector, worth more than £8 billion a year and constituting 9% of British exports, this data suggests that restrictions brought about by Brexit could negatively impact many creative individuals and small businesses in the UK art scene.

Additionally, it is important to note that many UK creative and cultural organisations received funding from the EU, especially through the ‘Creative Europe’ programme. According to the British Council, the UK currently receives 12.7% (€40m) of the Creative Europe budget, and in 2014-15, it helped fund 230 British cultural organisations. The arts sector is calling for continued participation in such European schemes and at the top of the agenda for the British Council is to prioritise continued access to funding and ease of movement for industry workers.

Overall, EU trade is said to account for only around 20% of the value of the UK art market, causing some experts to argue that the effect of Brexit will be limited, especially at the top end of the market, such as for the established auction houses. Up until now, Covid-19 has wreaked havoc on the art market, having already had a much bigger impact than Brexit, particularly on art fairs (Interested to learn more? Read our article on the effect lockdowns have had on the art market here). The reality is that we will only be able to tell the true impact of Brexit on art business with time.

Christie's, 'An Update on Brexit', https://www.christies.com/about-us/contact/an-update-on-brexit

Kate Brown, 'The UK Has Officially Exited the EU With a Trade Deal. So What Exactly Does It Mean for the Art Business?', Artnet, January 2021, https://news.artnet.com/market/implications-of-brexit-1934921