Have you ever heard about Art Free Ports? A drab compound of blocky grey majestic warehouses surrounded by a barbed-wire fence is the contemporary shape of a jewellery box.

Free ports: home for a growing treasury of art

A drab compound of blocky grey majestic warehouses surrounded by a barbed-wire fence is the contemporary shape of a jewellery box. Behind the walls of free ports (also known as bonded areas), crated or sealed, there are billions of euros in paintings, sculptures, archaeological finds together with vintage wines, cigars, gold bars, luxury cars and even data storage. Geneva, Luxembourg, Singapore, Shanghai, Monaco, Delaware are the cardinal points of an evolving map of the art collecting geography. From a legal point of view, free port art storages are extraterritorial, mostly located in the transit zones of airports or in tax-free zones, chosen more and more as permanent homes for accumulated wealth.

Suffice to say that the Salvator Mundi, Leonardo Da Vinci's painting sold in November 2017 for $450 million at an auction at Christie's New York, was kept in the Geneva free port.

The Swiss cheerless series of buildings is renowned by dealers and collectors as the premier place to stash their most valuable works. Although Switzerland accounts for only 2% of the global art market (Art Basel & UBS Report, The Art Market 2019), it is regarded as a major player. This is not only because it hosts the Art Basel fair, but also because it has a network of free ports, including the one in Geneva (GFPW) which is the largest tax-free storage site for art in the world and is estimated to store around one million artworks. Geneva is currently the most important spot, consisting of two warehouses (one in La Praille and one near the airport) for a total of 150 thousand square meters, an area which is equal to the size of 21 football fields.

Fine art storages in free ports are primarily intended for collectors who buy art for investment purposes, with the main goal to resale the artworks for profit. It is in fact emerging a category of more financially savvy collectors considering art as a smart commodity to buy in a time of economic turmoil. Through their confidential record keeping and prison-like security provided, free ports have become the parking lot of choice for high-net-worth buyers who are looking to diversify their investment portfolios with art.

For as long as goods are stored there, owners pay no import taxes or duties, which are in a range of 5 to 15% in many countries. If the work is sold while it is still at the free port, the owner pays no transaction tax, either. As a result, free ports are conceived as a financial haven, ideal for high-net-worth individuals and their assets. 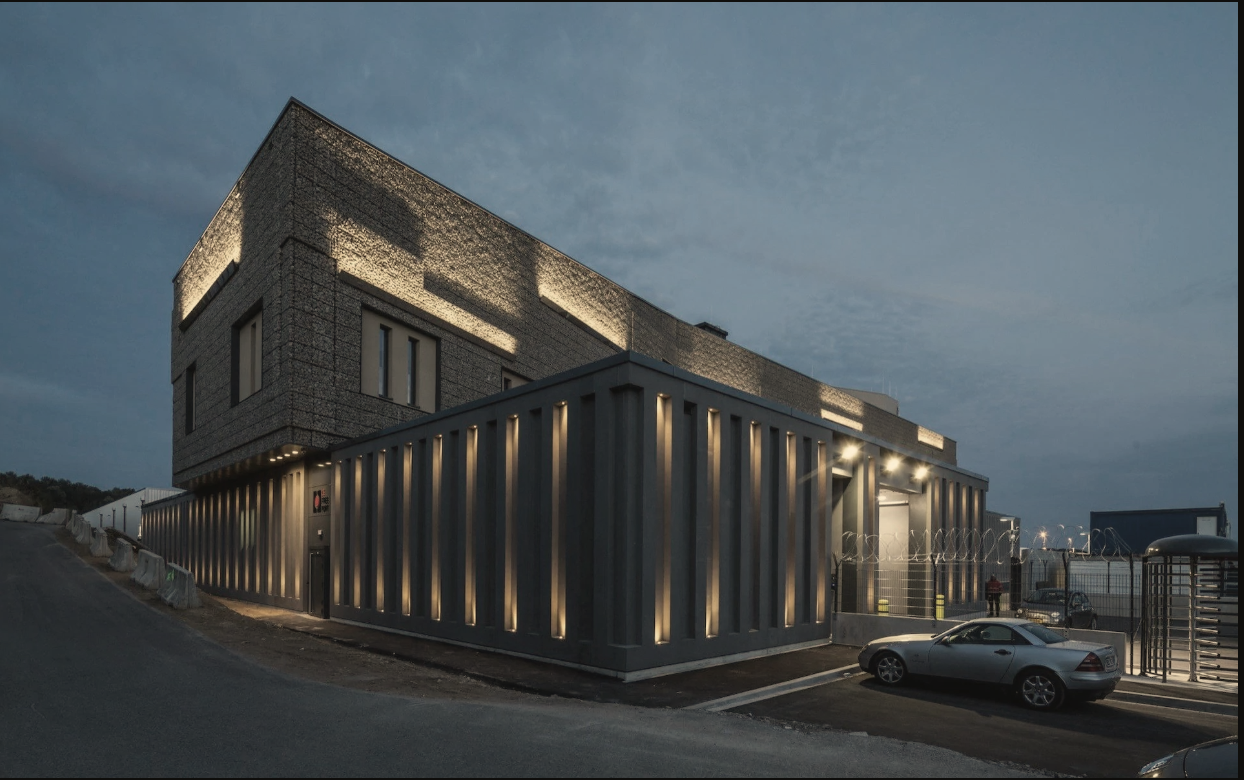 The unknown of what’s inside the Geneva free port, makes it an ideal metaphor of the art market, which is mainly blemished by cloudy behaviors.

The worldwide sudden spread of free ports is prompting concerns about the use of these storage spaces for illegal activities. Art’s easy handling, high value, and inconsistent and seemingly arbitrary pricing mechanisms may have led authorities to conclude that art is, or has the potential to be, used as an asset to evade taxes and launder money, as reported by the Deloitte Report 2019.

Increasingly, over recent years, free ports have been the subject of political debates, as they could be misused for the storage of illicit goods and for the purposes of money laundering and tax evasion.

Among the worrying discoveries of hidden stolen treasures in the free ports, on January 14th 2016, the prosecutor of the Canton of Geneva announced the return to Italy of two Etruscan terracotta sarcophagi stolen 30 years ago from the Cerveteri area. The two findings were part of thousands of pieces from clandestine excavations in southern Etruria, Sicily, Puglia, Campania and Calabria.

Eleven months later, in December 2016, the Swiss magistrates confiscated nine other archaeological finds from Palmira, Syria, Yemen and Libya, which had been also deposited in the free port of Geneva between 2009 and 2010. The Geneva free port was also inspected by prosecutors in search of “Seated Man with a Cane (1918)” by Modigliani. The $25 million artwork, was stolen by the Nazis from a Jewish collector and currently owned by the art dealer David Nahmad through an offshore law company created by Mossack Fonseca. The Panama-based law firm was at the center of the huge scandal named Panama Papers, consisting in an unprecedented leak of confidential documents revealing how the company has helped clients to launder money, dodge sanctions and evade tax.

In July 2018 the 5th Anti-Money Laundering Directive (MLD5) was adopted by the EU as part of the Juncker Commission’s reaction to the Panama Papers scandal and following the Yves Bouvier affair. Responding to the EU call, in order to fight against the lack of transparency that shrouds the art market, the UK presented the Anti-Money Laundering and Terrorist Financing on the 10th January 2020.

The impact on the art market players is likely to be significant because the art sector is fertile ground for money laundering due to the extremely high value of some artworks and to the preservation of confidentiality that is customary in the industry.

The regulation introduces a number of important changes to the country's anti-money laundering legislation. In practice, according to the latest change, all participants in art transactions worth more than €10,000 will be obligated to carry out “know your client” (KYC) and customer due diligence (CDD) checks before the deal can go ahead. The checks concern both "traditional" transactions and also those made through cryptocurrencies.

A virtuous circle: MoCo, a new concept of Museum

A new museum has opened in June 2019 in France with a radical objective: making public blue-chip works belonging to private collections, the ones typically kept hidden in storages.

MoCo Montpellier Contemporain, led by the influential French curator Nicolas Bourriaud, is a “museum of museums,” hosting a rotating display of curated exhibitions drawn from private and public collections from all over the world. MoCo is the opposite of a free port: it introduces into the public environment works that are generally kept secluded in the private sphere or archived by an institution.

“We want to empty the free ports. Making the artworks public is really an ethical drive for us” stated Bourriaud to Artnet News, referring to the tax-free warehouses where many high-value works of contemporary art rest.

As more and more collectors buy art as an investment, an increasing number are keeping their trophies in high-security storage facilities rather than on their walls. At the same time, rising prices have put artworks beyond the reach of public museums’ purchasing power, forcing institutions to obtain works as gifts or donations. In light of this, MoCo’s proposition could feed a virtuous circle within the most shaded art system areas.

It’s nothing new: many masterpieces have long lived outside of public view, buried in the basements of museums or tucked away in private environments, taken away from the research and exposure that under other conditions they could have.

As a result, free ports are drawing criticism and media attention: are they deleterious for the art state of health?

As stated by the German artist and filmmaker, Hito Steyerl, in her book “Duty Free Art” free ports can be considered as an “offshore hidden museums and luxury no man’s land, [...] a dark web, a Silk Road into which things disappear, as into an abysm of withdrawal”.

On the other hand, as MoCo demonstrates, together with the new international regulation towards a more transparent practice, free ports could stand out as a powerful tool for collecting management. Lastly, free ports could help to create new connections among the players of the art market, welcoming the art public like the Luxembourg free port with its open day program.

#SlimeSeries: An Exhibition by Gabriella Anouk

In partnership with London Trade Art, contemporary artist Gabriella Anouk will be exclusively presenting works from her #SlimeSeries, purchasable as NFTs and physical art prints, in London on Tuesday, January 25th.

Deloitte recently released their 2021 edition of the Art & Finance Report, summarising and analysing how the art world is currently navigating through numerous global challenges. In this article, we break down the report’s main points.

Read more
ALIGHIERO BOETTI: 'MADE BY AFGHANS, FOR AFGHANS'

In this article, we dive into Boetti’s close ties with Afghanistan, based on his heartfelt, handwritten dedication to the country, and more specifically, to the Afghan weavers he worked with, on the back of our most recent acquisition: ‘Made by Afghans, for Afghans’.

Read more
Gabriella Anouk and LTArt at the HFC Gala 2021

London Trade Art is proud to announce its collaboration with hyperrealism artist Gabriella Anouk in support of the 2021 Help for Children Gala, which celebrates 15 years of HFC’s efforts to fight child abuse in the UK.