Undeniably, some female artists have become more famous now than they were in the past; however, a great majority of female artists remain overlooked by history. Today, we shine a spotlight on eight of these ‘forgotten’ female artists.

As with many other fields, the art world has largely been a male-dominated one, with female artists still underrepresented and undervalued in galleries, museums and auction houses across the world. The Global Art Market Report 2019 (UBS/Art Basel) stated that out of the 3,050 galleries in the Artsy database, 10% didn’t represent any women artists, while only 8% represented more women than men. Almost half represented 25% or fewer women. According to a 2019 study by the Public Library of Science, entitled ‘Diversity of Artists in Major U.S. Museums’, 87% of the represented artists across 18 prominent U.S. art museums are male and 85% are white. Additionally, there are no women in the top 0.03% of the auction market, where 41% of the profit is concentrated, while 96% of all artworks sold at auction are by male artists (Bocart et al., “Glass Ceiling in the Art Market”, quoted by the NMWA). Faced with such statistics, it’s no wonder the feminist art historian Linda Nochlin famously asked ‘Why have there been no great women artists?’ in her landmark 1971 essay. Undeniably, some female artists, such as Frida Kahlo, Georgia O’Keeffe and Judy Chicago, have become more famous now than they were in the past; however, a great majority of female artists remain overlooked by history. Today, we shine a spotlight on eight of these ‘forgotten’ female artists, spanning various art historical periods.

You’ve most likely heard of Titian, Michelangelo, Da Vinci and Caravaggio, but chances are you’re a little hazy when it comes to their female contemporary, the first-known female Renaissance painter of Florence, Plautilla Nelli. Nelli was a self-taught artist, who learned how to paint by copying works by the mannerist painter, Agnolo Bronzino, and the Renaissance painter, Andrea del Sarto. Her main source of inspiration were the works of Fra Bartolomeo and Savonarola’s theories of art.

While her Biblical paintings were of a remarkable beauty, she was written out of all Renaissance books. However, in March 2017, nearly 500 years following her birth, the Uffizi in Florence staged its first exhibition of her work, stating that they wanted to begin correcting the gender imbalance that still permeates every major collection worldwide.

British Constructivist artist, Marlow Moss, was a student of Fernand Léger and Amédée Ozenfant at the Académie Moderne. She was also associated with Piet Mondrian, and it’s been said that she even influenced his use of the double line. Despite the fact that she was a founding member of the Abstraction-Création association, Moss remained unrecognised for her contributions to art until late 2014 and early 2015, when Tate hosted a retrospective of her work.

Born in Georgia in 1891, African-American artist Alma Thomas was a teacher for 35 years before dedicating her retirement to her art passion. In fact, she didn’t find her signature style until she reached her 70s. As an Expressionist, her paintings featured bold, colourful patterns, which recalled mosaic art. She was the first female African-American artist to have a solo exhibition at the Whitney Museum of American Art and her work has even been shown at the White House. 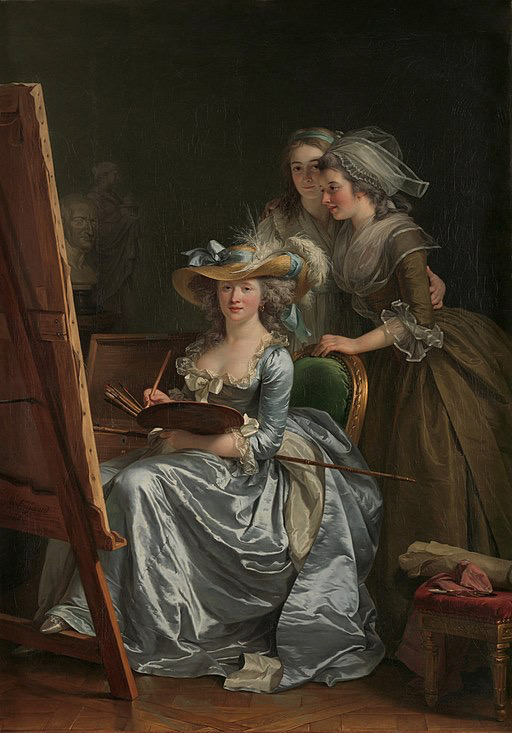 French portraitist Adélaïde Labille-Guiard suffered being in a quite unfriendly, male-dominated world. Out of jealousy, many of the male artists that surrounded her would try to destabilise her and fellow female artists by inventing rivals for them and spreading rumours, mostly regarding sexual misconduct. However, she was blessed with a strong character, and in addition to teaching art, she actively promoted women’s rights. She was admitted to the Académie Royale and exhibited her works at the Salon. She also became Peintre des Mesdames, meaning that she was the official portraitist to the king’s aunts. You can now find her works on display across some of the world’s top museums, including the Louvre, the Metropolitan Museum of Art and even Versailles. 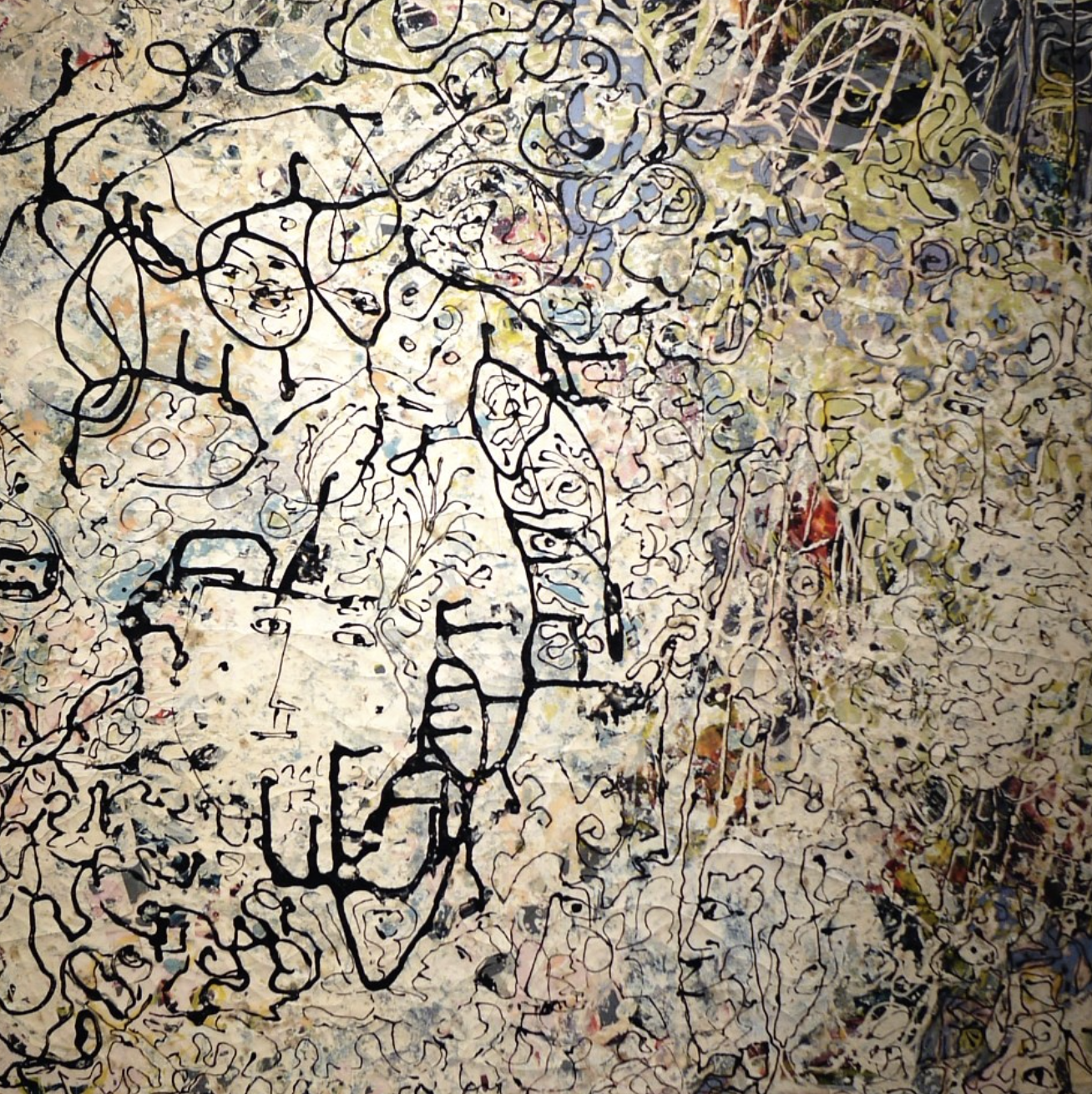 Ukrainian-American Abstract Expressionist artist, Janet Sobel, had a brief but impactful career. She didn’t pick up a paintbrush until she was in her early 40s. She was fully self-taught, and while she did create figurative painting, it is her bright, abstract pieces that are said to have had the most impact. She is even said to have been the first artist to develop the drip painting technique, directly influencing Jackson Pollock’s body of work. This fact, however, is often left out of art history books on Pollock. Indeed, the renowned art critic, Clement Greenberg, who was an art authority in Sobel’s time and wrote on avant-garde painting, even positioned her ‘as a forerunner of Abstract Impressionism’, while simultaneously emphasising that her works were inferior to Pollocks, labelling them as ‘primitive’ and that of a ‘housewife’ (as quoted in Zalman, "Janet Sobel: Primitive Modern and the Origins of Abstract Expressionism"). Clara Peeters is one of the great female artists of art history who has finally been given long overdue recognition, when, in 2016, she became the first female artist to have ever been awarded a solo show at the Prado in Madrid. Peeters represents a rare example of a successful woman artist in the 17th century. Despite the fact that she was denied access to formal training and limited in her subject matter as a woman, she was an innovator in both form and content. She resisted the high idealism of Rubens, which dominated the Antwerp art scene at the time, and instead, favoured the new realist style which was gaining influence throughout the rest of Europe. Her paintings were less about allegory and more about their actual subjects. As Prado curator Alejandro Vergara stated, ‘Look at a painting by her and you are not reminded of mortality, you are reminded that you are hungry.’

A contemporary and friend of Georgia O’Keefe, Helen Torr has recently received much praise from art critics, and yet, she was the less known of all the female artists in her circle. Changing her style from abstract to figurative, Torr was an expert at tone, rhythm and colour. Sadly, during her career, she struggled with ill health, family obligations, and above all, self-doubt, which was accentuated by Alfred Steiglitz’ reluctance to display her work, possibly deeming her as a threat to O’Keefe. In 2016, her work was exhibited alongside some of her female contemporaries -- O’Keefe, Margueritte Zorach and Florine Stettheimer -- at the Portland Museum of Art; however, she has yet to be awarded a solo show.

German Dada artist Hannah Höch was a pioneer in collage. In fact, she was one of the first artists to propel photomontage. Due to the fact that she was a woman, she was left out of Dada exhibitions, and even until recently, books on the art movement often forgot about her. Thankfully, she is now being recognised more and more for her artistic legacy.

It is important to look back on the female artists of the past, not only to give them the recognition they deserve but also to avoid repeating the same mistakes with current female artists. As philosopher George Santayana said, ‘Those who cannot remember the past are condemned to repeat it’. Nevertheless, the winds of change are upon us, and as women increasingly take on leadership roles at leading art institutions, we can see a real shift occurring. Even Hans Olbricht, Director of the Serpentine Gallery, said of his curating methodology, ‘I always ask if there is a pioneering or exciting female artist who needs rediscovering’ (as quoted in The Guardian). While progress is definitely being made, it is unclear how long it will take to reach true gender equality in dominant, global art institutions. In the meantime, ‘the real, seismic changes’ (The Guardian) are taking place in the smaller, independent and commercial galleries, where a new generation of female artists finally seem to benefit from a platform that doesn’t consider them to be a risky investment.

Please note that we will be catching up with LTArt artist Laura Santamaria for an Instagram Live on International Women’s Day. Tune in on March 8th - more information to follow! In the meantime, you can discover her works here.