The three "Untitled" paintings belong to Francesco Irnem's series of works that reflect on the idea of the perceptual alteration of landscape. The images are put out of focus to create a total fusion and sublimation of the outlines and perspective lines that by convention refer to the idea of landscape. The loss of contours and spatial coordinates creates a series of chromatic scales that recall the pure perception of landscape through colour and the most remote sensation of perception. 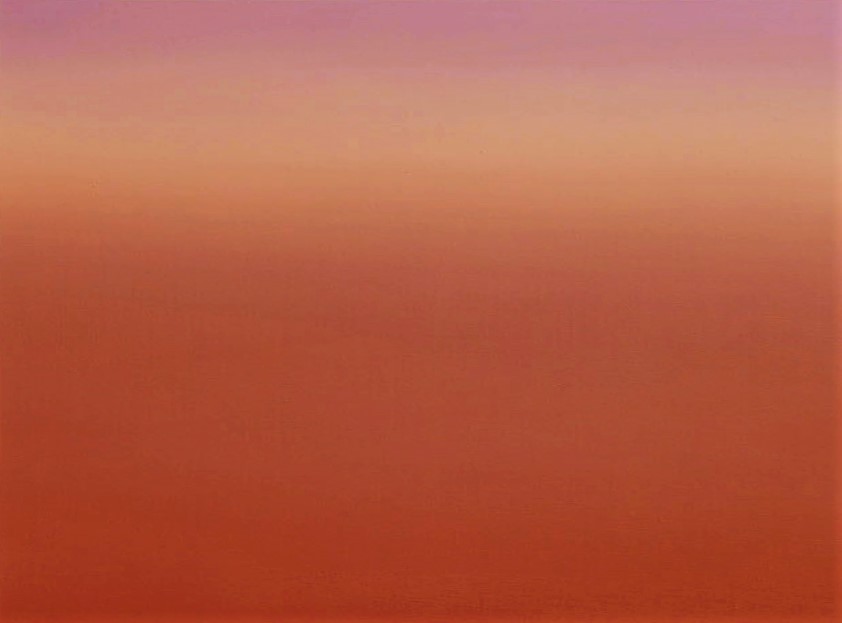 Francesco Irnem (Rome, 1981) lives and works in Rome and New York. His work is developed starting from an investigation on sculpture and painting, focusing on the relationship between natural and artificial space. His artistic production begins with painting interpreted in a traditional way, and defining himself as fascinated by Renaissance and medieval art. The first works are characterized by a strong realism, maintaining at the same time a very conceptual cut, becoming a painting based on the "demagnetization" of the same. Through a process of making videos and distortion of the images with the use of a magnet, the output obtained is a general fragmentation of them, a work that focused on the processes of alteration of information content and digital. Subsequently, his interest shifted on the need of man to adapt to the environment that surrounds him using materials that come from the shipbuilding engineering (cement, resins, and concrete) often represented as invasive structures with respect to space and natural landscape.