Laura Santamaria's painted series is dedicated to Pluto's origins, based on the idea that our most significant knowledge of the planet is quite recent. Its discovery by NASA New Horizons dates back to 2015. According to the most recent observations, the planet's surface is iridescent, with a range of chromatic variations, including black and white, considered the most significant chromatic diversity in the Solar System.

Pluto's mysterious aspect is investigated in a series of explorative paintings, where the paper surface becomes an imaginative tool to describe the planet, aiming at revealing its several chromatic identities. The idea is to create a connection between the symbolic and morphological aspects of the planet. In other words, painting an explorative tool.

The colours are created from the pigments collected by the artist herself, which allows her to create a balance between the chromatic results and the light refraction. An experimental technique developed by the artist's in-depth research allows the pigments to reverberate as much as possible, leaving the colour in its purest essence, following the teachings of antique painting.

Santamaria's most recent artworks refer to chromatic landscapes, which become more and more intense, as the colours are bright and spark or obscure, thanks to a continuous, infinite and experimental painting process. 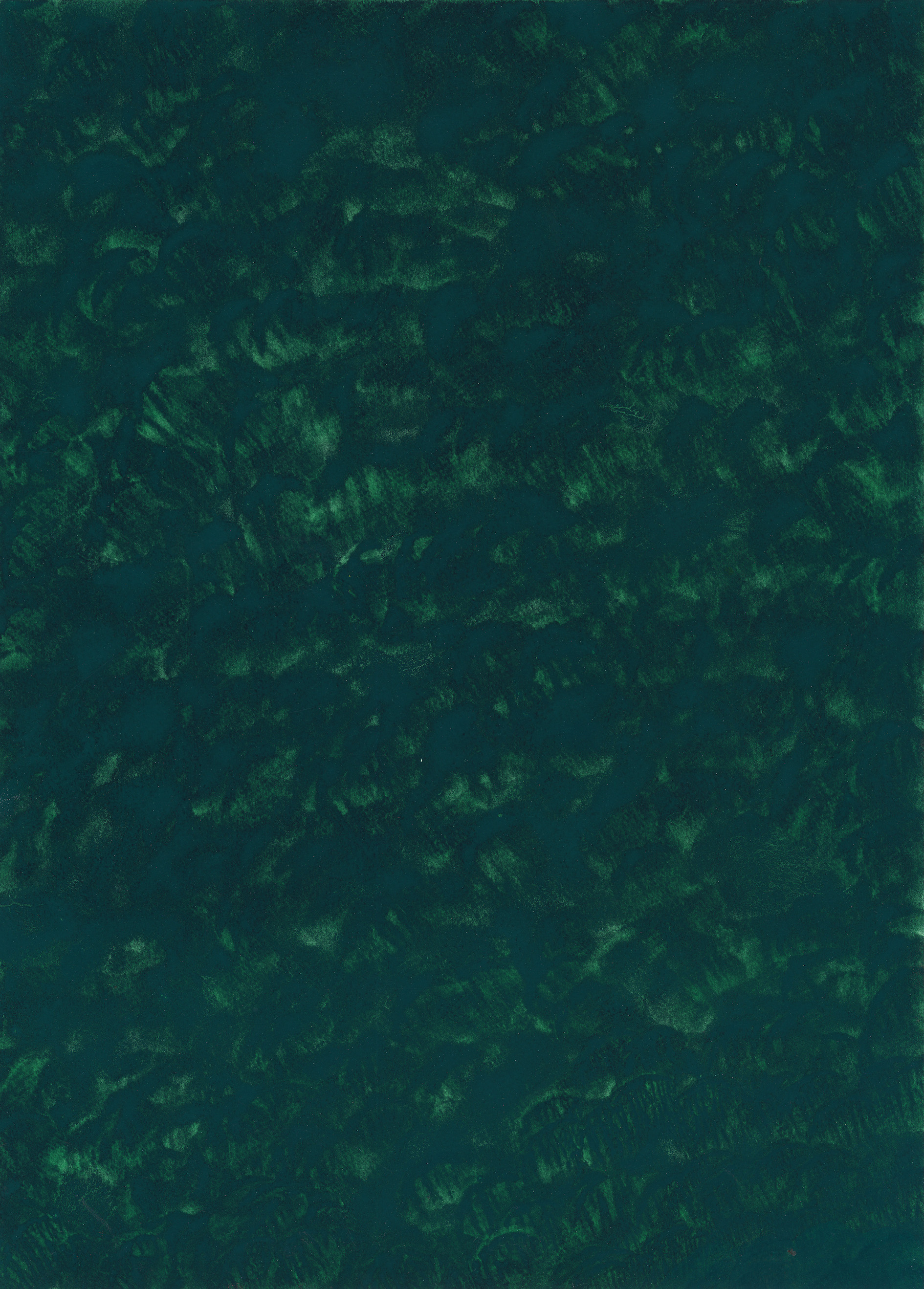 Her practice, which includes painting, installations, site-specific projects, is related to precarious states of impermanency through which she explores varying experimental, creative processes. Her site-specific sculptures and installations often present the viewer with a parallel between the micro and macro cosmos, thus reflecting on systems and processes of interconnectivity.

Her work is featured in various collections, including the Artphilein Foundation Collection, Switzerland, and in a permanent installation at the Fondazione Spinola Banna per l’Arte, Italy. Her previous residencies also include one at the Museo de Arte Contemporáneo in A Coruña, Spain (2017) and V-I-R ViaFarini in Milan, Italy (2018).

Laura Santamaria is the founder and curator of the collaborative project, 'Drawings from Lightning', an artist book composed of a collection of drawings representing individual thoughts by the artist.