Dawn Finds You Still In That Position

Inspired by the Moroccan mosaic (Zellige), Diego Miguel Mirabella developed “But me”, a project that led him to work with local artisans in Fès. As part of this significant experience, he gave words, sentences and drawings to the artisans, who then translated them into Islamic patterns. Transformed into art, language becomes an ornament. 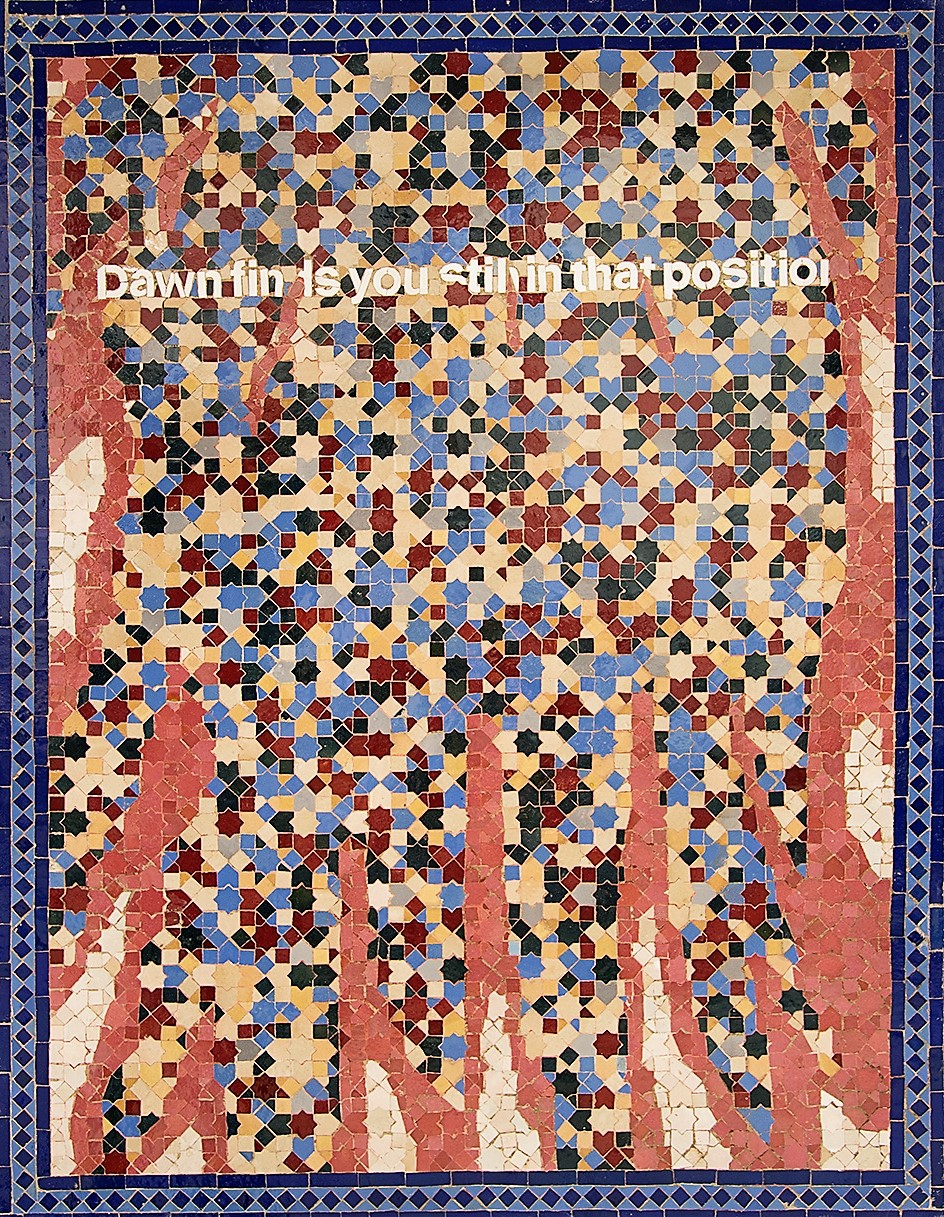 Diego is currently based in Palermo and Rome, Italy. He is a graduate of Fine Art from the Academy of Fine Arts in Rome. He is also the co-founder of Limone Space in London. His work is based on a study of poetry and language, translating these into visual objects. His natural restlessness brings him to realise a heterogeneous body of works, which he organises into diverse projects. In his artworks, objects, sentences, drawings and images are constantly fluctuating between being hidden and revealed, creating as he says, “the necessary incidents to build a poem”. In many of his projects, Diego uses other people's cultures, imagination and practices to push the borders of communication between him and them, creating artworks out of this conflict.